You are here: Home › C era una volta @en › The variations of Lina

When I first saw Lina Cavallieri’s face on a piece of Piero Fornasetti (1913-1988) it was love at first sight.I find it impossible not to be fascinated by such an enigmatic beauty, her big curious eyes and cheeky funny faces.

Fornasetti, who only got to see her on a French magazine of the late 19th century, fell in love with her beauty and became completely obsessed, so that in 1952 he created “Tema e Variazioni”, a representation of Lina’s face in 350 different ways.

“Lina’s face is a real prototype: the quintessence of classical beauty, like a greek statue, enigmatic like the Monna Lisa; what inspires me doing 500 variations of the same face? I have no idea..I’ve started and I could’t stop.” 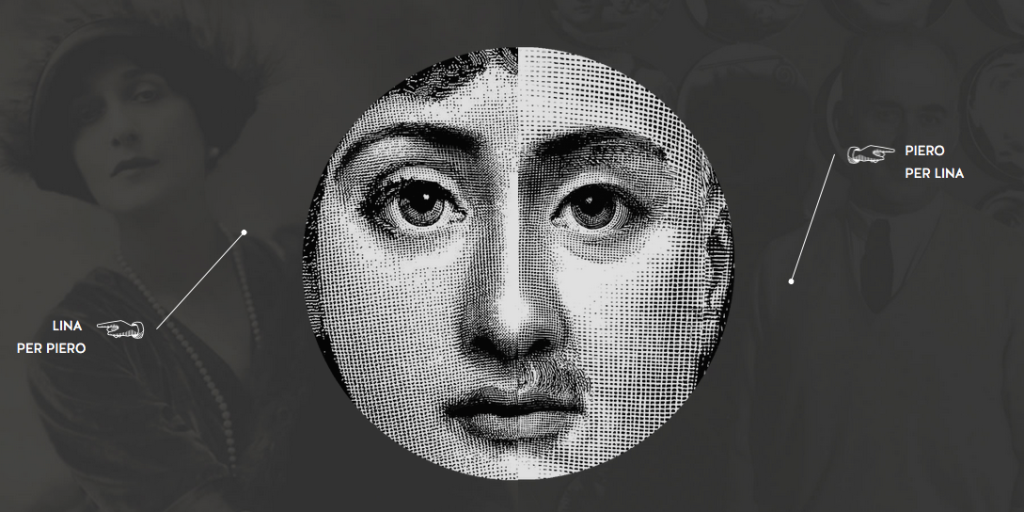 You might have seen her before, but do you know her story?

She was famous during the Belle Epoque as a soprano singer and her life was so rich in events that none can really tell what’s legend and what’s true.

In the aerly years on 1900 she was defined “The Most Beautiful Woman in The World”, and she used to receive more the 1300 flowers per day. 870 men proposed to her and the story says that 7 committed suicide after her refusal. 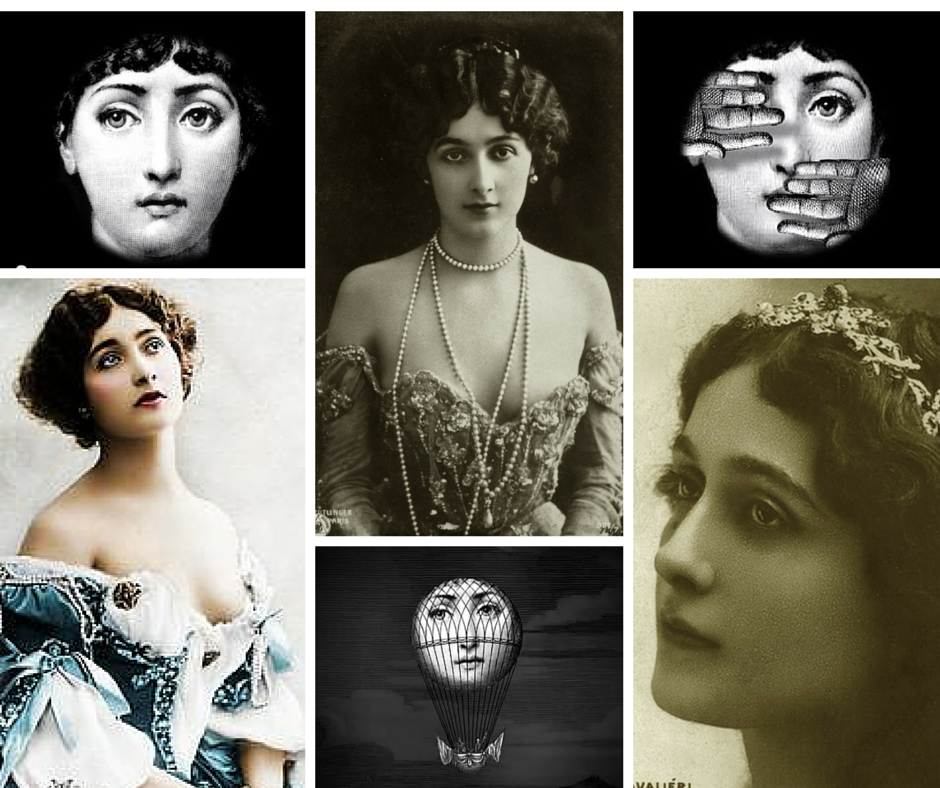 Gabriele D’Annunzio gave her a copy of “Il Piacere”, as a gift, with an inscription saying “ to the woman who most represents Venus on Earth”. She had loads of admirers: Trilussa, who wrote poems for her, the business man Davide Campari, who was pretending to be travelling for work for the famous aperitivo to hide from his family that he was seeing Lina,. And then the singers Mattia Battistini and Tito Schipa, and Guglielmo Marconi.

She was born on Christmas’ day in 1875 in Rome, from a family of humble origins, and started her career when she was only 14. She quickly became the most popular singer in town before conquering the scenes in Naples, London, Saint Petersbourg and the Metropolitan Opera House of New York. 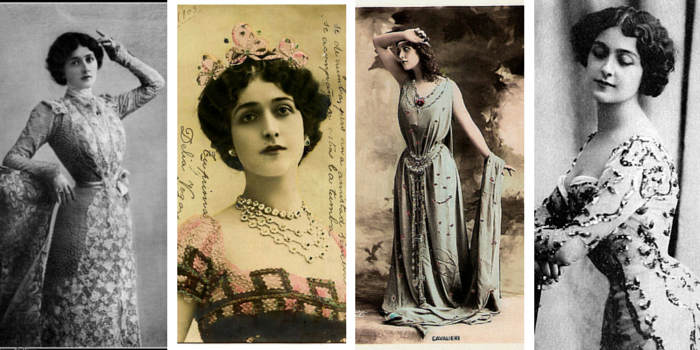 Lina got married five times. Her first husband was a russian prince, A. Bariatinsky in Saint Petersbourg in 1899. It only lasted a few months but he gave her a necklace of esmeralds that made history for it’s preciousness. The second wedding was in Lisbon with the King of Kazan. This one was really short too because he wanted her to give up her passion for singing. He became so desperate that he fond another wife who looked very similar to her. She then married the milioner Bob Chanler in New York; he was conviced he could literarly buy her but he was wrong, and she left hiim after a week and headed back to Rome. Her fourth marriage was with Luciano Muratore, singer like her, and finally with Giuseppe Campari, with whom she had a daughter, Elsa. They stayed together until his death in 1922.

In 1914 she left the stages to concentrate on her career in cinema until 1920; after a period in Paris she returned to Italy, to Rieti first and then to Florence. She died in this beloved city of hers due to a bombing on the 7th of february 1944. 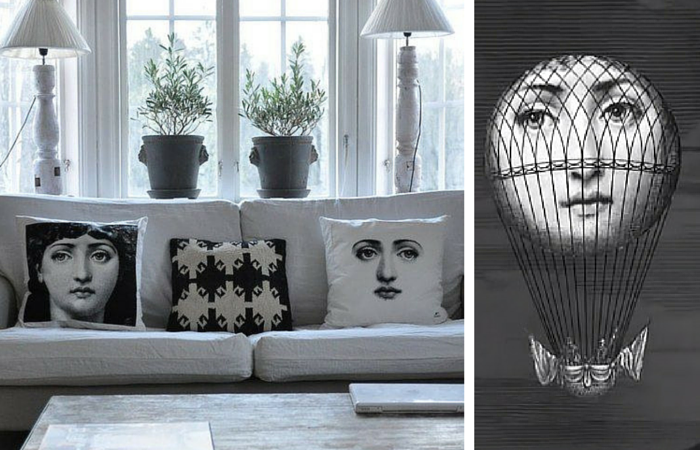 Some say she didn’t die during the bombing, but only after when she went back to the house to collect her jewels and the builging fell on her.

I must say that if I liked Lina for her beauty in the first place, now that I got to know her story i admire her, for not being just beautiful , but also talented and totally indipendet. 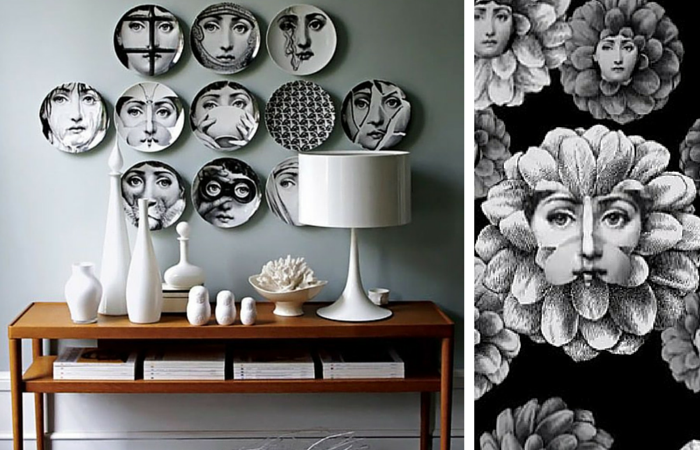 Sometimes I am wondering if she would be happy to see her face on a multitude of expensive furnishings in the most chic boutiques and homes around the world.

I honestly cannot give an answer, I only know that thanks to the great Piero Fornasetti, Lina has become immortal and she will continue to observe us amused with that hipnotic face… forever!